Customer Story: A solid conservatory roof has eliminated the glare so we can now relax and enjoy our room.

Why a New Conservatory Roof?

Mr and Mrs Whyte, enjoy their retirement; reading in the winter, watching films and enjoying their garden and the resident blackbirds!

“We originally had our conservatory installed with a polycarbonate roof in 2006, we have an L shaped bungalow and it fills in the missing square.”

It’s a good size at about 5m2 so the Whyte’s hoped to gain some valuable extra living space, however they found they didn’t use it at all from October to April, the once external doors had to remain shut as it was so cold. 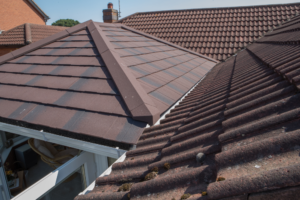 In the summer Mr Whyte found “there was so much glare we would end up coming into the house and drawing the curtains. We had a television in the conservatory to start with but we never got to watch it. As I suffer from migraines the glare was unbearable.

We had terrible trouble cleaning the external roof and gutters and we used to get a lot of condensation on the outside panes, and to be honest the internal roof also used to get grimy and difficult to wash. Overall we ended up finding our conservatory too hot – too cold, difficult to clean and too bright!”

The Decision to Choose Wetheralds

“When the conservatory started to leak and break down we originally turned to the company that installed the conservatory. We knew that it was no longer under any type of warranty/guarantee so were prepared that we would have to pay for any repair. Unfortunately, the company were not interested at all in helping us.

We had heard of solid conservatory roofs and had said we would never have one!  We found the Wetheralds advert in a local magazine and arranged for a Wetheralds Surveyor to come and visit.  The Surveyor couldn’t have been more helpful and there certainly wasn’t any hard sell. We surprised him by signing up there and then as we were so convinced that we were going to benefit from the replacement conservatory roof.”

Mr and Mrs Whyte felt that they were no longer getting any enjoyment from their conservatory space, the glare was a big problem, and they were very keen to be able to gain the use of a new room. They didn’t have to wait long as work started just a few weeks later. 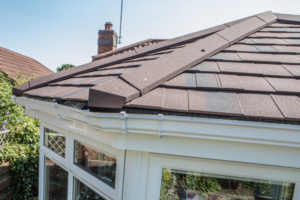 “We sat with the surveyor and chose the tiles for our new roof, he was really helpful – we thought they were a very good match, and this was confirmed when our neighbour made a point of letting us know how well they tied in.  White guttering was also used to match with the rest of the house, so all-in-all we were essentially looking at retaining the openness of our conservatory with the roof of an extension.”

“We were essentially looking at retaining the openness of our conservatory with the roof of an extension.”

Mr and Mrs Whyte chose to have spotlights in the ceiling for a more contemporary look, the roof is finished to a plastered state ready to be painted by the homeowner.

“The room has been transformed, we will now look to put in a TV which we couldn’t do before because of the glare and will definitely use it more often now.” 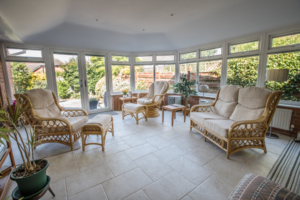 Still a beautiful light room with the addition of spotlights for nighttime.

It’s the first time we have ever had workmen arrive at the house, introduce themselves and shake our hands!
They arrived promptly for an 8am start and the roof was watertight by the end of that first day.  The team worked so well together, working hard to get the work completed and were very clean and tidy, people usually complain about things that go wrong with a project – there was no worry of that for us as someone was always looking after the job. ”

“The installation team were amazing, I would have happily kept them!” 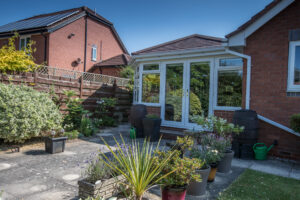 Mrs Whyte was initially worried about painting the new roof as the decorator in the family, however when she saw the roof she thought “Oh this is marvellous!

We are so pleased with how well the roof blends in both internally and externally – in fact it looks less prominent than the old conservatory roof, it really looks like a new room.

We are really enjoying the new room; the installation took place in April and just 3 months later; it is so much more comfortable, we could even use it as an extra bedroom!  We no longer have to sit in the house with the curtains shut because of glare, it is no longer a place to dump things that don’t have a home, it’s more of a real living area which we will use throughout the year.

I think it’s been a really good investment and I would thoroughly recommend other people doing it, and we would definitely recommend Wetheralds.” 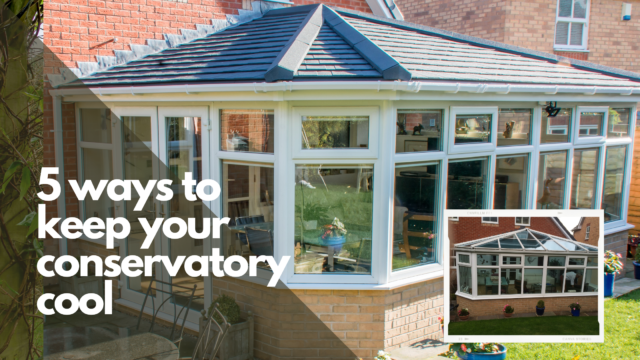 5 Ways to Make Your Conservatory Cooler in the Summer

If you’re reading this then you no doubt have experienced a hot summers day in your conservatory!  Whether you want to sit down and enjoy a meal, relax with a book or catch up with friends the sun ends up making it unbearable – and this is the case if you have a glass or […] 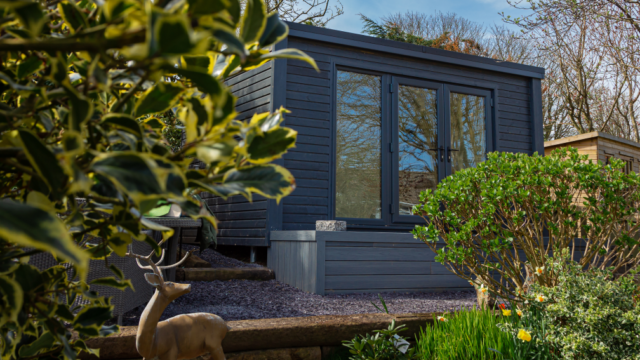 Garden buildings and Garden Rooms are starting to pop up in gardens all over the country! Many of us are looking to expand our space close to home as well as make the most of our outdoor spaces to enjoy life. A Garden Room is so much more than either a traditional summerhouse or glamorous […]